It takes a few minutes to adapt to it, to understand. Everything in it is mobile and can turn into something else: the gunwales open out and become terraces; the stern platform can be extended as a footbridge or as a diving board; the teak in the cockpit is movable and can create two sun loungers, or a dinner table.
The Evo 43 WA by EVO is a boat that amazes, a transforming boat. It only takes a simple touch to do anything; it is full of buttons that make something move. It is all very
complicated, from an engineering viewpoint, and all very simple in terms of functionality.
The Evo 43, in its original version had already turned a lot of people’s heads when it appeared on the market at the Genoa Boat Show in 2015. It was amazing because all the complexity actually worked, and wasn’t just special effects, and then because it was fitted onto a boat which had a refined and essential design. Less than two years later, the Naples yard has developed its project further with this Walk Around version. The basic idea of the “transformer boat” is well anchored.
Part of the deck changes, as one can guess from the name, foregoing the classic shape of motorboats and the bridge closed to the bow, and swapping it for a central structure which can be walked right round. The cockpit and the stern platform may not have been moved, but two wide lateral gangways have appeared, a useful work area close to the anchor in the stern and a new carbon fibre T-Top that covers the steering area and which has an intelligent stiff extension, which is also in carbon fibre, which also stretches over the cockpit. This large central island also includes the forward sun area, on the small deckhouse, below which we find the main cabin. We liked the way that the designer Valerio Rivellini, didn’t let himself be tempted to add extra height below decks, and has left the “ceiling” below the level of the side walls, with the result that the boat’s profile isn’t overly encumbered, and stays faithful to the original. There is no lack of space below decks. Not a lot has changed compared to the first Evo 43, except for the fact that there is no separation in the stern cabin.
The reduced volumes available in the bow, which are occupied by gangways, are very lateral and don’t influence the boat’s actual liveability. By contrast, the portholes which look onto the walkways themselves ensure a large degree of luminosity in the cabin, which can be changed into a lunch area. Comparing this version to the original, we can say that the Evo 43 has pure lines, but is also less functional. The Walk Around gives better circulation, better liveability, and overall, I liked it more. The yard has a significant extension to the range scheduled, starting on the same basis as the idea behind the 43: first to arrive will be a small one of around 37 and then later a 52’ and a 60’. The weight of the Walk Around version is only 200kg more and with two Volvo Penta IPS 600 engines the top speed comes in at around 34 knots, while its ideal speed is 27 knots, at 3,000 revs. It is very comfortable to sail, first of all because of the softness of the hull. And don’t let yourself be fooled by the futuristic and slightly aggressive lines of the Evo 43 WA, as she’s as gentle as a lamb at the helm, as the power is there, but it always stays well under control. 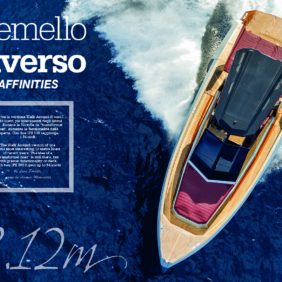 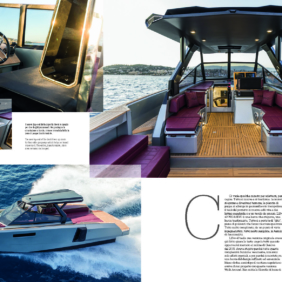 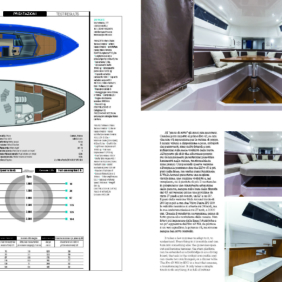 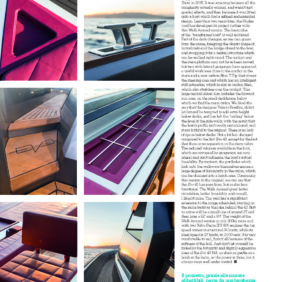 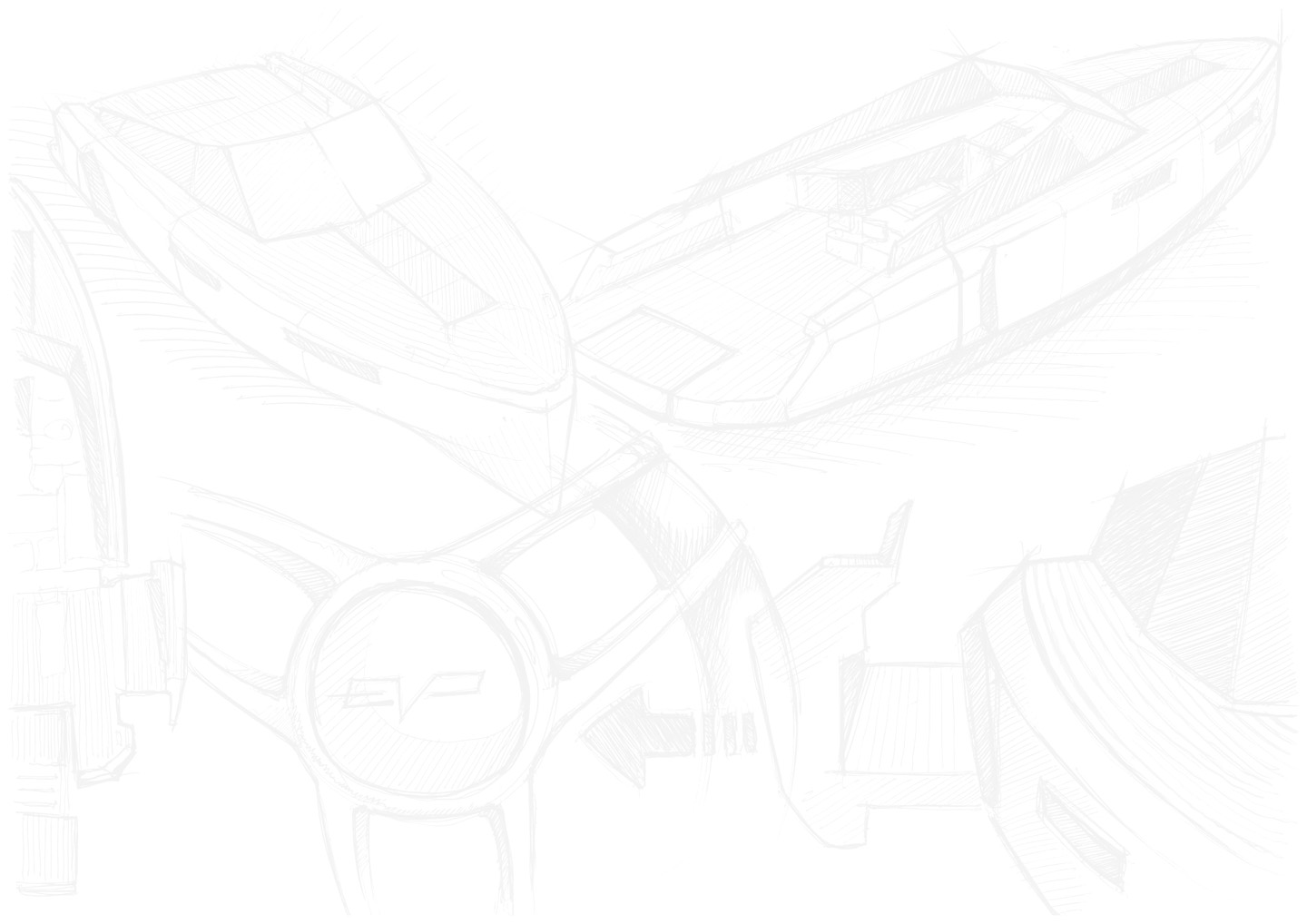